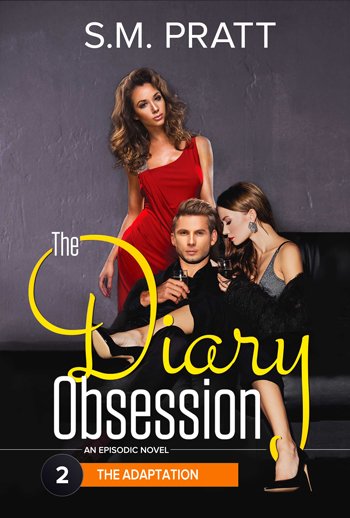 A Coming Out Lesbian Romance


The Adaptation covers the problems faced by Sophia as she settles and creates her new life in Paris. It also introduces Virginia’s daughter (who definitely has issues of her own) and sees Sophia and Virginia reunite in person. Of course, Charlie will take the readers back to the present with his current progress in courting his favorite ladies.

As the plane touched down at Charles de Gaulle—after a very long layover in London, courtesy of my crappy reward point redemption—my new reality hit me like a brick wall in my sleep-deprived, jet-lagged face.

Wow, I’d really done it. There was no turning back. The next chapter of my life had started.

While I double-checked I hadn’t left anything in the seat pocket in front of me, I realized I would miss calling Alex, Kate, and other girlfriends at the drop of a hat. I’d have to set up a new network of friends here. Although the idea made me cringe a little, it wasn’t impossible. I’d traveled to plenty of places without knowing a soul. I’d made friends, even intimate ones.

Who do I know in Paris?

There was Nicholas, of course. But since I was going to work with him, keeping some sort of professional distance would be appropriate. I could probably have a drink with him once a week or so, though, to catch up on whatever business issues needed attention. He wouldn’t be here to welcome me today as he was away helping another client. When he’d announced the unfortunate news, he’d said Amélie, his paralegal secretary, would pick me up and take me to the maison close.

Amélie wasn’t someone I wanted to hang out with. My intuition screamed that she hated me, and the feeling was mutual. I couldn’t pinpoint why I didn’t like her, though. There was just something about her I couldn’t stand. But since she was picking me up tonight, I should probably be more open-minded toward her. Driving a quasi-stranger around Paris probably wasn’t at the top of her priorities.

Then there was Renée.

I wasn’t impressed with what she’d done during my last visit to Paris. Dragging me to my ex’s wedding as her plus-one then leaving the party without even warning me hadn’t been cool. The rest of that evening had been—and still remained—blurry at best. I shivered as the hazy memories of stained sheets and the nasty hangover that had followed came to mind. My one-night stand with the mime whose name I didn’t remember didn’t rank high on my list of sexual exploits.

Yeah. My last attempt at re-kindling my friendship with Renée had been a fiasco. It would be best if I avoided hanging out with her again.

But then, who else did I know in Paris?

While I racked my brain, passengers around me started moving. They reached for their bags in the overhead compartments and slowly made their way down the aisle to exit the aircraft.

By the time I’d left the jet bridge and entered the terminal, nobody had come to mind. I’d definitely have to build a new circle of friends here. But perhaps I could let old acquaintances reach out to me if they lived here. Maybe social media could be useful in this case.

As I stood in line, waiting to clear customs, I changed my information on Facebook to say that I now lived in Paris.

I was just a short flight away from Vee. Meeting up with her would definitely make things easier on my soul (and body). Just thinking about her made me blush with anticipation.

The line started moving quickly once new customs agents arrived to process our group of passengers, so I put my phone away and retrieved my passport and paperwork, ready to be let into my new country.

Clearing customs and picking up my bag hadn’t taken long. CDG was a large airport, but it was well run. Or at least it had been today.

No hiccups at all, until now.

Where the heck was Amélie?

Nicholas had told me she’d meet me right here at the terminal. We’d even triple checked which terminal I would land at, my flight number, and the time.

I once again called the number Nicholas had given me for her.

Voicemail. For the third time.

I finally left a message instead of trying to get her to pick up. Maybe she was still on her way but stuck in traffic.

“Hi, Amélie. I’m at the airport. Waiting for you, as agreed, at terminal 2A, near door 5. Did we get our wires crossed? Where are you? Give me a call back as soon as you get this message, please. I’ll roam the airport to get something to drink soon.”

Twenty more minutes passed without a reply. I left the arrivals door and began walking around, looking at my options for a drink. There were a few Starbucks and a McDonald’s. Then I spotted a French Bistro.

Two glasses of wine later—and still no text message or call from Amélie—I decided I was too tired and jet lagged to stay here a minute longer. I settled my bill and dragged my bag toward the taxi waiting area.

I could head to the maison close on my own, and I’d deal with Amélie and her broken promise tomorrow.

One thing was certain: We weren’t starting our professional relationship on sound footing.