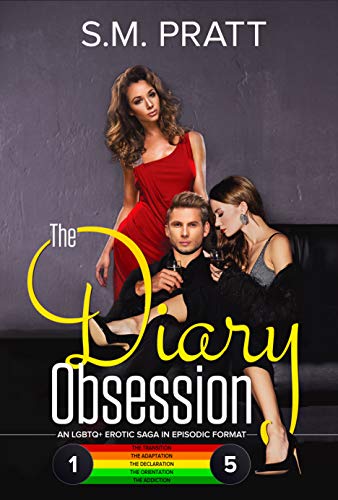 My name’s Charlie, and I have a problem: I’m obsessed with two talented, smart, and sexy women.

Armed with their diaries, I’ll do everything I can to achieve my goal: become their man.

The Diary Obsession is an episodic novel that will contain ten episodes (when the season is over), five of which are included in this bundle:

If you like your LGBTQ+ romance with a good serving of mystery, action, and sizzling heat, then you’ll love this episodic novel about me and my obsession with two gorgeous women.