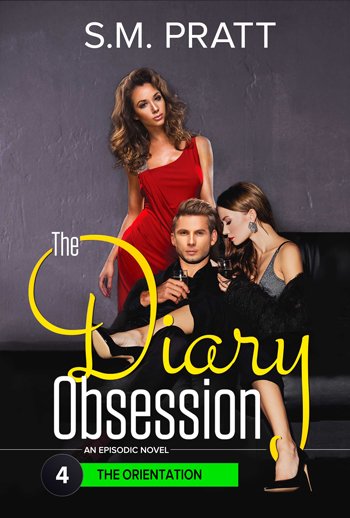 Can There Be Romance in a Brothel?


In Episode 4 (The Orientation), Sophia and Virginia begin to form a closer bond and finally open up to each other. Virginia introduces her daughter to Sophia, while Sophia gets Virginia a visitor pass to the maison close. Will Capt. Charlie’s favorite ladies keep their hands on each other or will they enjoy some of the perks that Sophia’s unique work environment has to offer?

The entire flight back to Paris was spent in full bliss, mentally reliving my last day in Madrid, after what would have mostly qualified as a fiasco of a trip if it hadn’t been for Vee redeeming herself at the last second.

I’d been so close to walking away from her. So close to losing her. To losing us…

Knowing she loved me too, I was determined to find a way to merge our two lives together. With France and Spain being neighboring countries, and European discount airlines offering plenty of opportunities for cheap flights, distance wasn’t an issue. Timing, though, and the fact that my home doubled as my workplace was causing a major headache.

But there had to be a way.

I called Nicholas to request a meeting. If anything could be done, he’d make it happen. After all, I was the new owner of an illegitimate-somehow-made-legitimate business, so I didn’t want Virginia to get into legal troubles that could end her artistic career.

I’d seen first-hand how important keeping up professional appearances was to her.

Although I wasn’t supposed to reveal anything about the maison close with anyone, Vee had already peeked through my diary a few months ago when I’d stayed at her house in Spain. She could have already read bits and pieces about it if she skimmed through my Parisian adventures. But if I wanted to give our relationship the best chances of success, I had to reveal all of me to her, and that included my work environment.

I unpacked the picture frame I’d brought back from Spain and picked up the faded photo of my parents, the one I’d tucked away in the corner of one of my room’s oil paintings. I slid it into my new golden souvenir. While the frame was the only personal touch of decor in my official bedroom, I felt that one step at a time, I could eventually turn my Parisian room into a real home. My finger grazed the glass as I stared at my young parents in their summer outfits. My mother wore a conservative sundress and my father a polo shirt and shorts. Both beamed, holding hands and looking at each other as if the best was yet to come.

They looked happy. So young and in love. But their bliss hadn’t lasted long. Not with my dad’s kidnapping and the subsequent injuries that had erased his memories and ability to communicate.

I sure hoped my relationship with Vee would last longer than theirs.